Katie Stacey is a writer and nature PR and marketing consultant for Leica Sport Optics, but all of that comes after running around after Roan, Luke & Katie’s adventurous two year old son. Her written work has featured in BBC Wildlife, Geographical and National Geographic magazine and she has worked on numerous filming projects, alongside Luke, including their debut independent feature length documentary, ‘The Last Song of the Nightingale’ which was a finalist at the International Wildlife Film Festival as well as being Officially Selected for a further four film festivals globally. Katie helps Luke manage the day to day goings on at Wild Finca, is co-producing ‘Notes from Wild Finca’ and is also getting creative with the glut of produce the organic garden Luke built during lockdown is now providing. 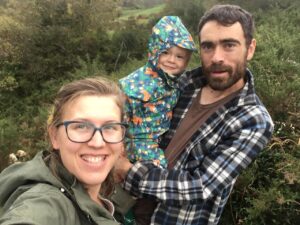