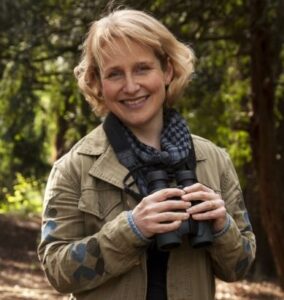 Amy-Jane Beer is a biologist, writer and editor based in North Yorkshire. She earned a PhD studying the nervous systems of sea urchins before realising that her vocation lay in communicating science rather than doing it – something she has now done for 20 years. She was editor of Wildlife of Britain and Animals Animals Animals magazines, and currently edits Wildlife World magazine for the People’s Trust for Endangered species. She has written numerous reference books on science and nature for all ages and edits scientific manuscripts for researchers for whom English is a second or third language. She is a regular contributor to BBC Wildlife magazine and a Country Diarist for the Guardian. In 2018 ran a campaign to supply Robert Macfarlane and Jackie Morris’s powerful nature book, The Lost Words to every primary school in North and East Yorkshire. She is a judge on the BTO Bird Photographer of the Year competition and is writing her first novel, Heartwood. She is co-organiser of the 2019 Nature Matters symposium.