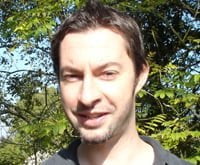 John Barlow is a poet, editor, publisher and designer. A contributor to Caught By The River and Where the River Goes: The Nature Tradition in English-Language Haiku, his haiku and other short poems have received more than 100 awards, while works he has edited have been honoured by the Haiku Society of America and the Poetry Society of America. He has given talks and readings at a diverse range of conferences, venues and events, including Haiku North America, Oxford University, Birdfair, and Festival No. 6. His books include The New Haiku (with Martin Lucas, 2002), Waiting for the Seventh Wave (2006) and Wing Beats: British Birds in Haiku (with Matthew Paul, 2008).