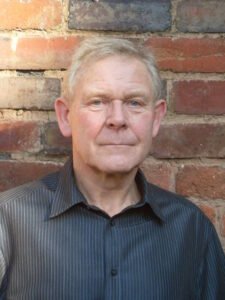 Chris Baines is one of the UK’s leading independent environmentalists and an award winning writer and broadcaster. He is self-employed and works as an adviser to central and local government and to a number of corporate clients in the water, financial management and urban regeneration industries. He trained originally as a horticulturist and he has been a champion of wildlife gardening, urban ecology and cross-sectoral partnership working for more than 40 years. A founder of the first urban wildlife group, in Birmingham, in 1979, he created the first wildlife garden at Chelsea Flower Show in 1985, and his book How to Make a Wildlife Garden has been in print for almost 30 years. He is a national Vice President of the Royal Society of Wildlife Trusts. In 2004 he was awarded the RSPB’s medal of honour, and in 2013 he received the Peter Scott Memorial Award from the British Naturalists Association.